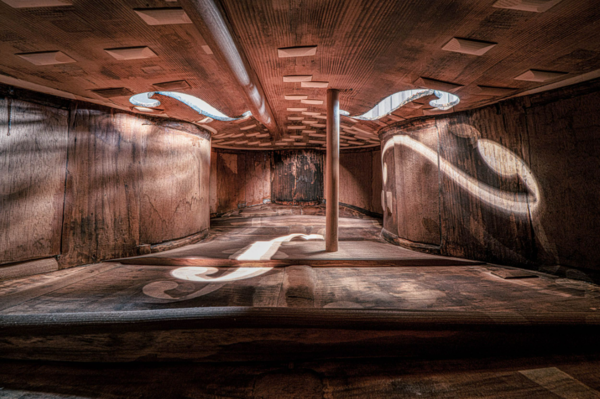 The inside of a heavily restored Double Bass by Charles Theress, circa 1860, one of the finest bass makers in the history of the instrument. Photographed in Wellington, New Zealand, with the aid of its present owner Matthew Cave.

This bass has been resident in the New Zealand Symphony Orchestra for decades, first brought over in the 1970s, then passed to Matthew in the early 2000s. It was almost lost when the ex-principal of the orchestra was traveling with two basses and the wrong one was sent to Sotheby's Auction House (this bass rather than a cheaper French instrument he was intending to sell). He only realised when Sothebys called saying the quality of the instrument was far better than they expected…

Panorama of nine images shot on the Lumix S1R with the Laowa 24mm probe lens.