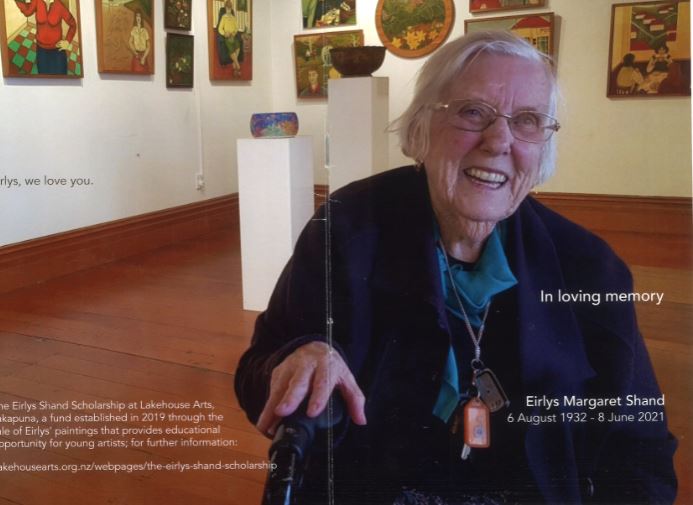 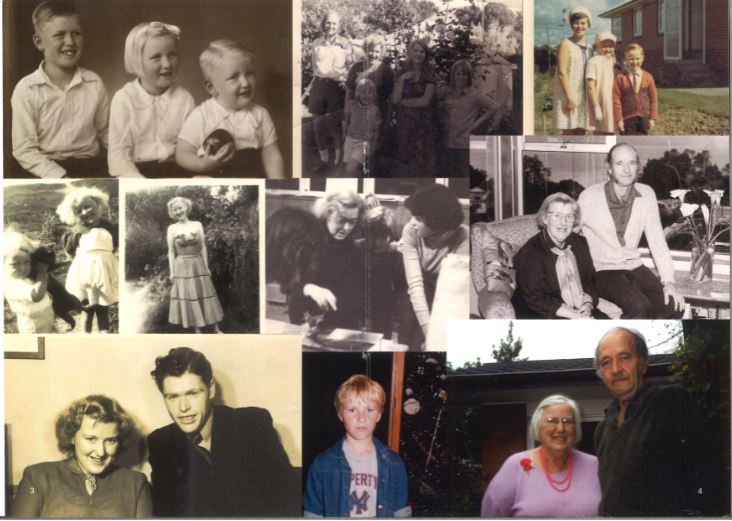 If you would like to contribute an art or cash donation toward the Eirlys Shand Scholarship directly, please contact info@lakehousearts.org.nz with a picture of the art and any information about the art you may have.

It is hoped that by providing the scholarship the following outcomes are achieved:

The public will be notified through online platforms when enough funds have been raised toward the next scholarship.

The recipient would be determined by application or recommendation.  It is required that it be established that-

Francis is a student at Rangitoto College and has a special interest in Drawing and Animation.  He will attend classes at Lake House Arts until he completes his college education. 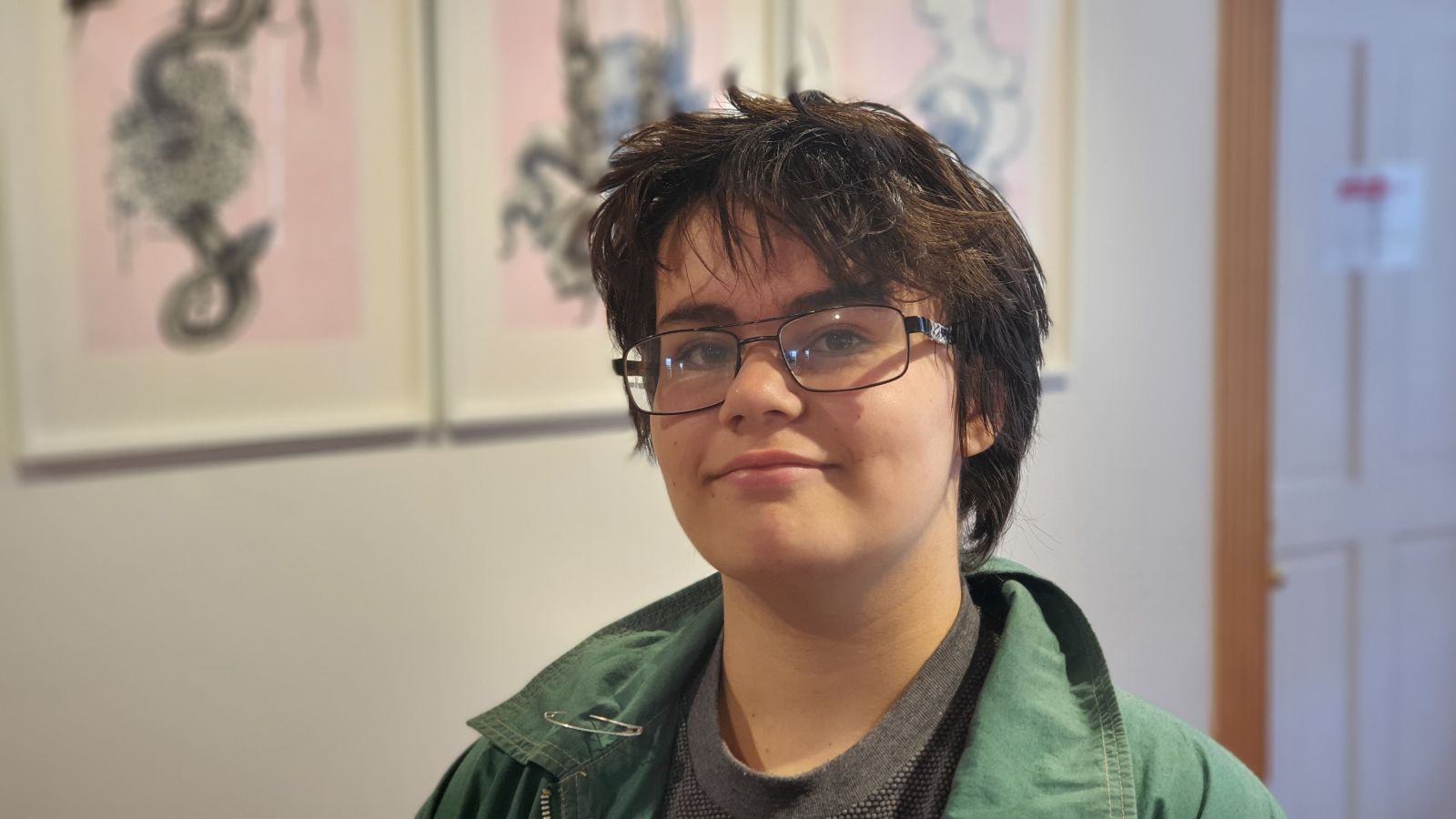 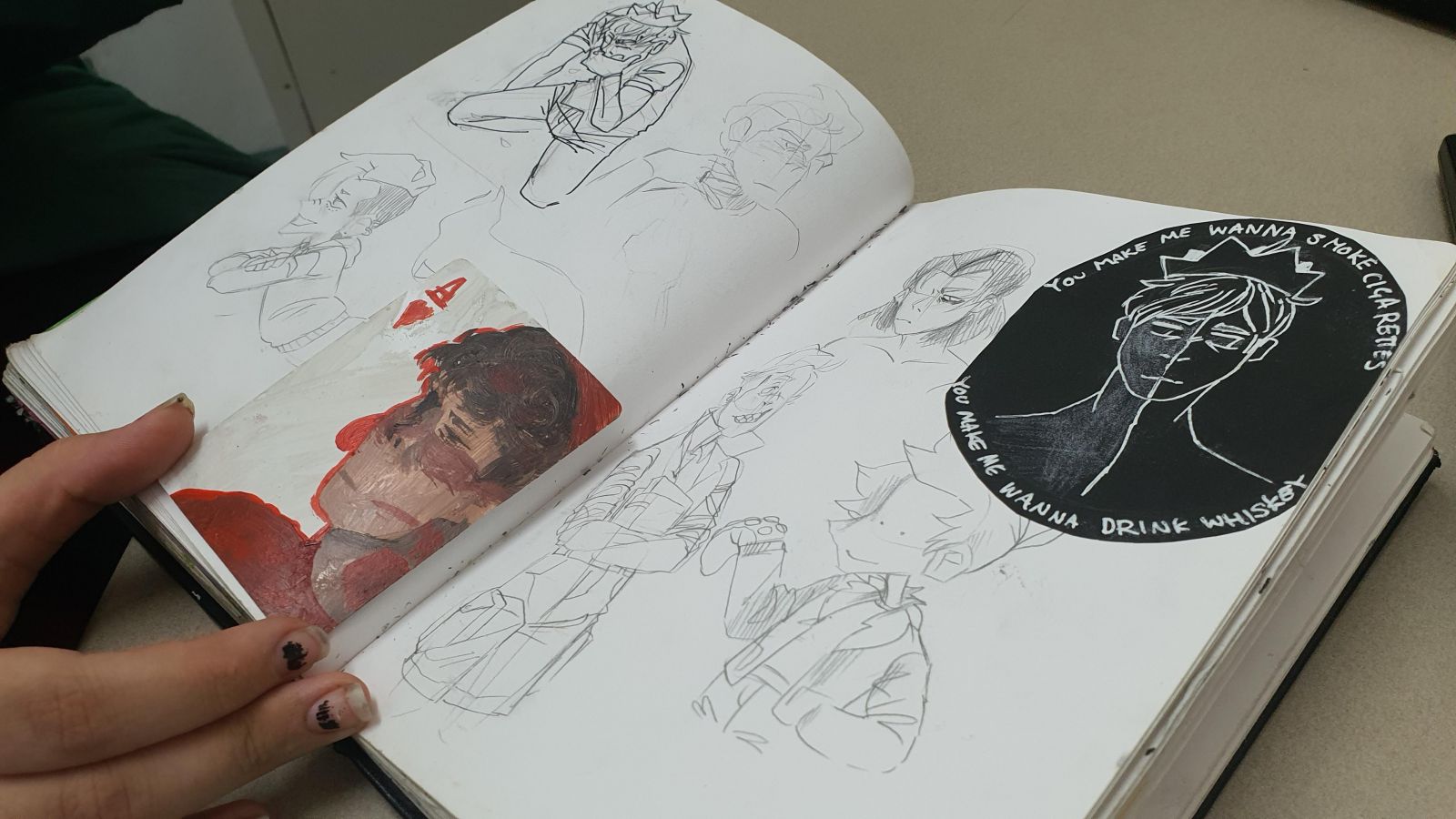 Snippets from the Life of Eirlys Shand

Eirlys Shand grew up and lived in West Auckland. She was self taught as an artist, developing her style and subjects from her local environment and the societal issues important to her at the time.

Eirlys Shand left school at 15 years old and did not find the opportunity to fully express herself artistically until later in life. She painted stylised floral representations and scenes of the people and life in Auckland while her supportive second husband Neil crafted and built the frames for her work.

While on the Board of Governors Eirlys assisted with the implementation of Learning Support at Lynfield College. That system was later adopted in schools around the country. Over the years the programme has supported thousands of New Zealand children to learn to read.

Eirlys was New Zealand distribution agent in charge of mailouts for the Campaign for Nuclear Disarmament. It was largely from CND (NZ) and the Peace Media that Greenpeace New Zealand was formed. 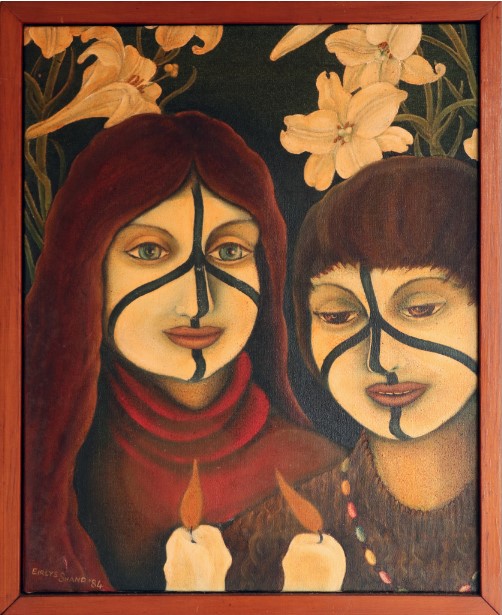 Eirlys recently left her home in West Auckland and now resides in retirement. 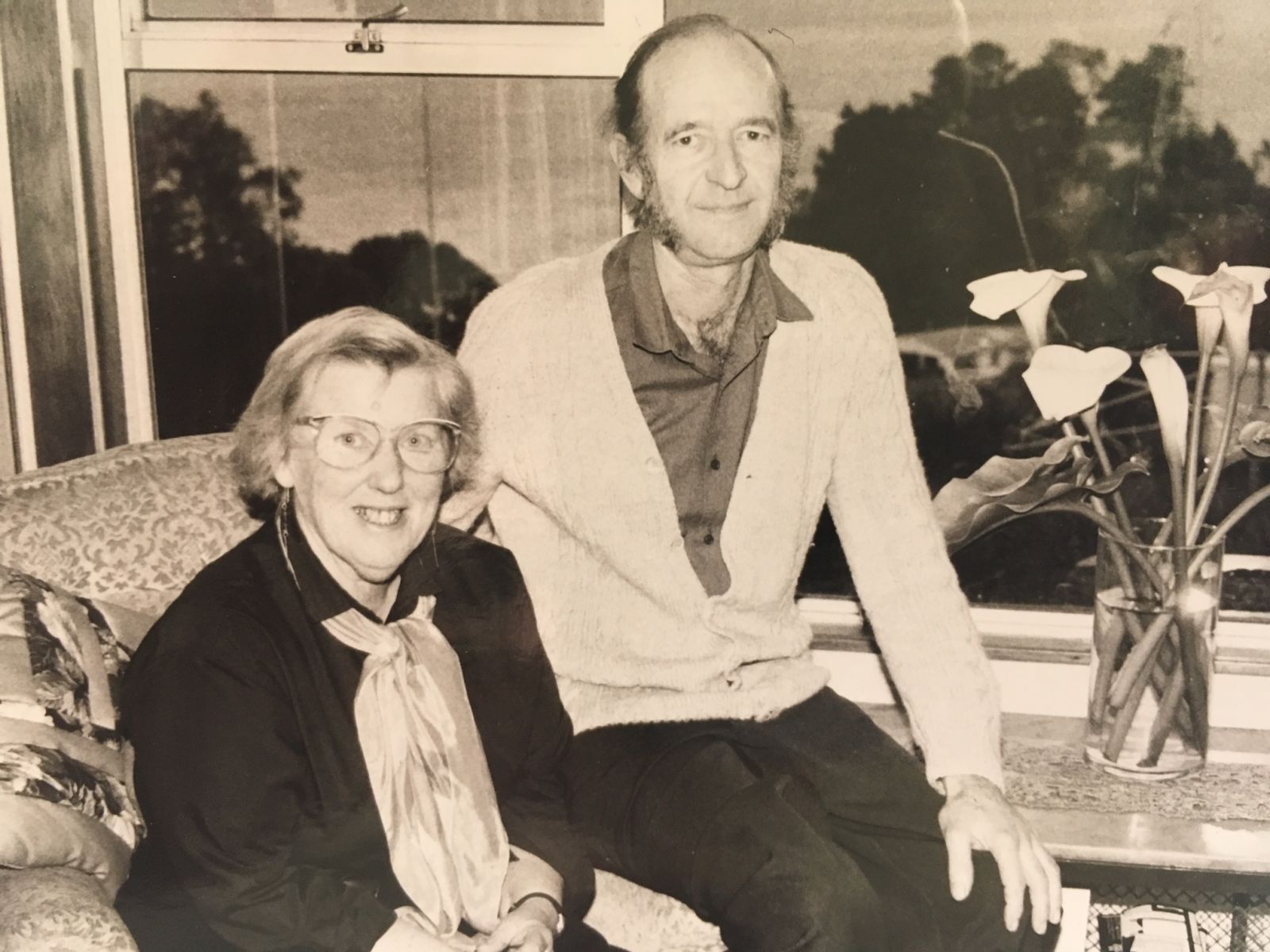 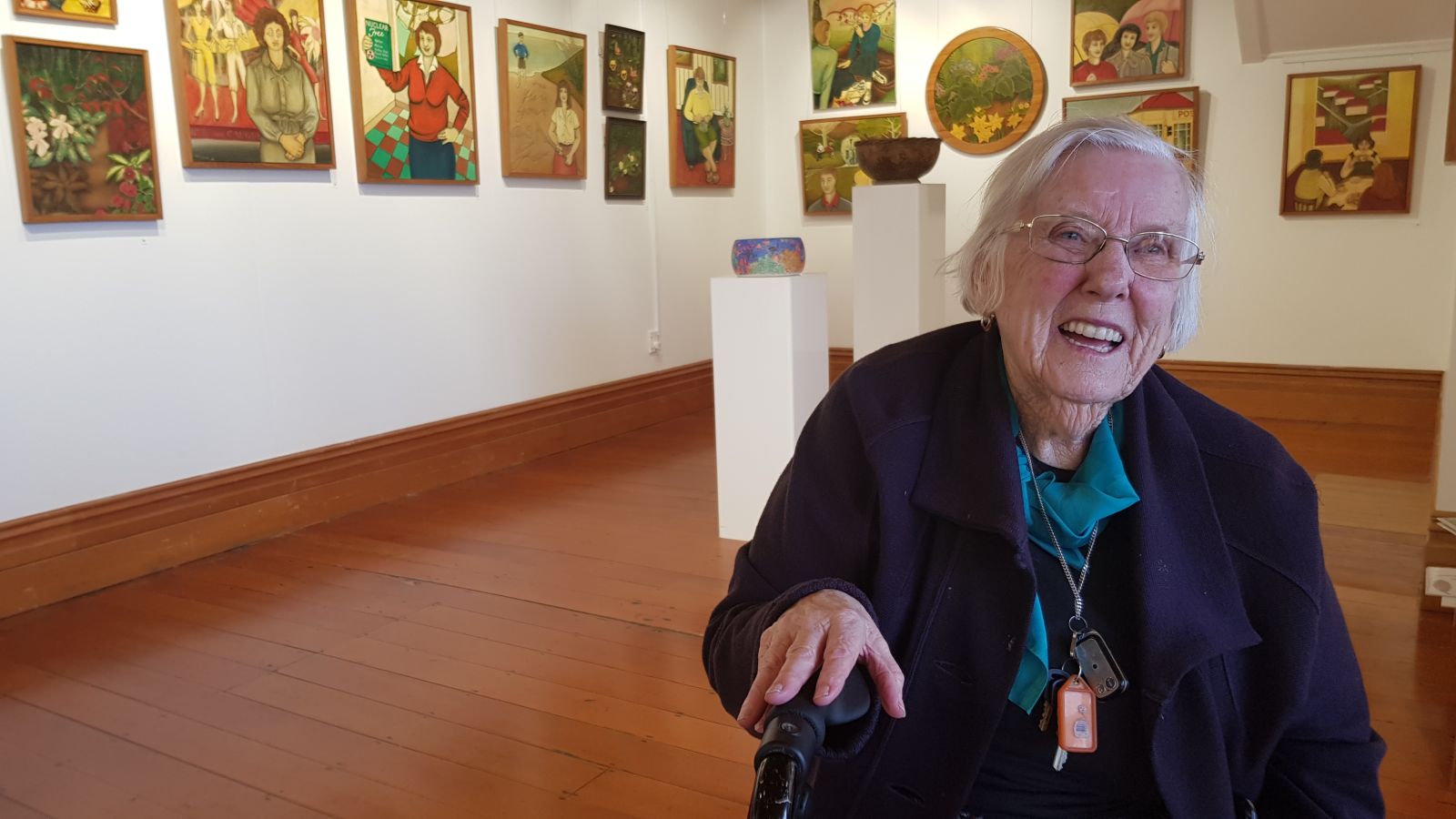 Eirlys and Neil pose for a photograph in the local paper.         Eiryls visiting her auction exhibition in 2019.